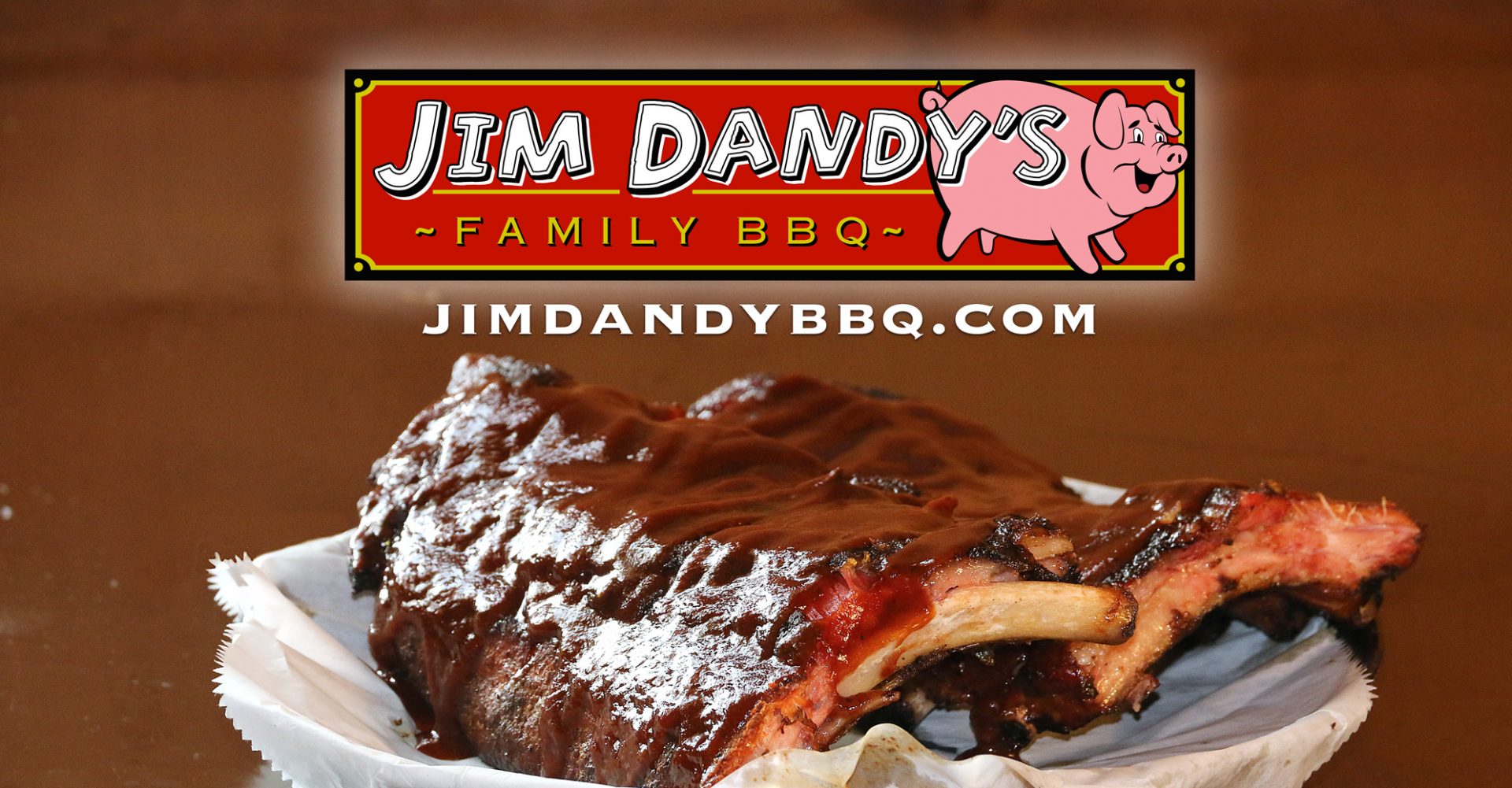 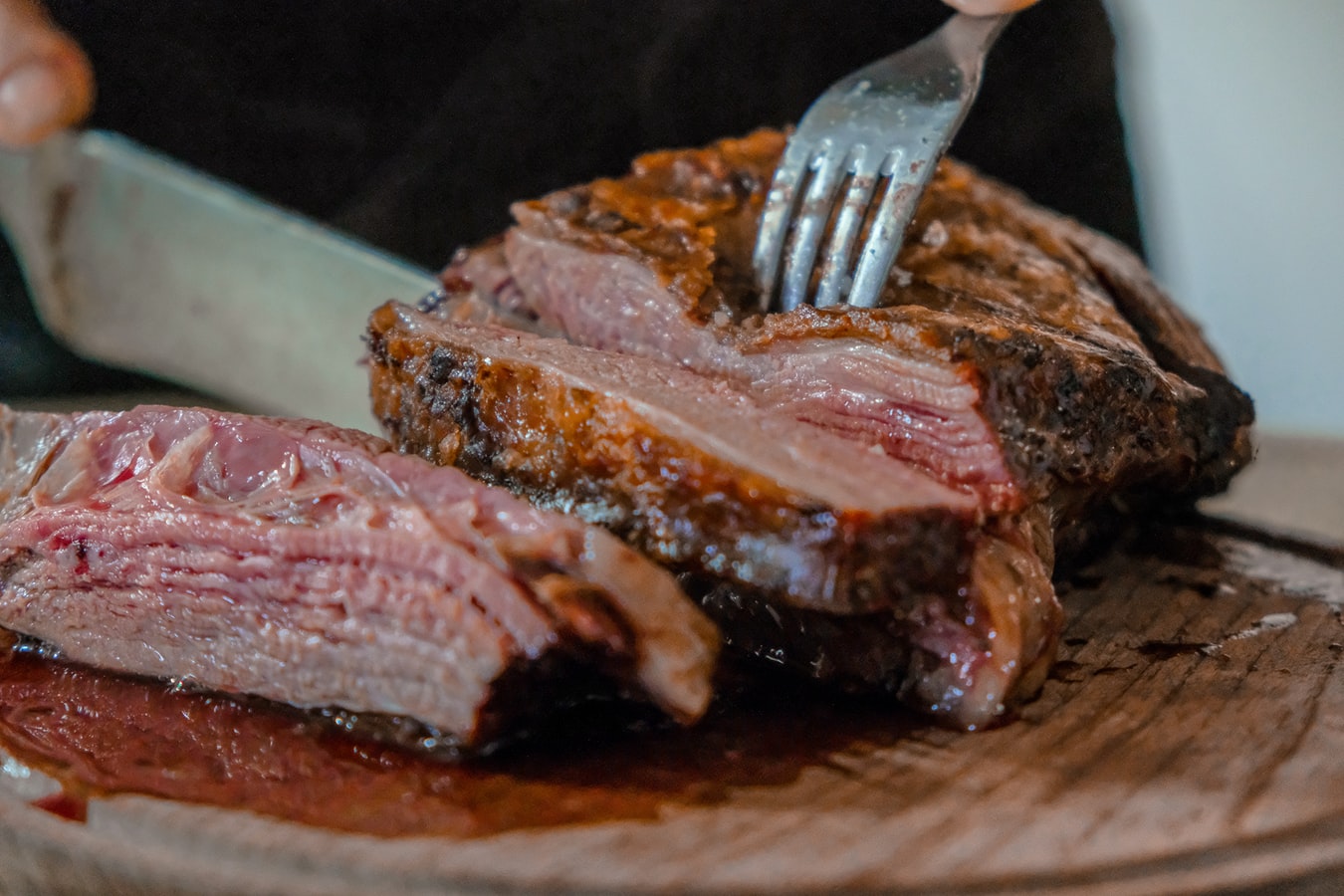 If you plan on making an outstanding barbeque, you’ve got to use fire and never gas. We can make a barbeque using the same technique, rubs, and sauces, but the difference between an okay barbeque and a great one is in the fire. The magic lies in what you put the meat on. The best way to do it is to start the fire then make a bed of coals. After throwing wood on the coal, you should wait a bit before putting the meat. This is because if you don’t give the wood some time to get ready, it will smolder, resulting in an overly smoke-filled fire. Sometimes, for whatever reason, people put in the meat immediately, and they end up with an annoyingly smoky fire. To make a great barbecue, you have to be patient. If you rush the process, you will end up with a creosote-tasting barbecue. The thing about raw meat is that it’s similar to a sponge. It takes in the smoke into its entire cell and fiber all the way to the bone. Burning wood emits more than the smoke you can see, it also emits some volatile flavor that changes the way your meat tastes, just like cut onions create aroma when cooking food. The ideal fire to make a barbecue is one in which you can barely see the smoke. Jimmy Emig loves using cherry and hickory because of their floral note and soft smoke.

So, what are Jim’s secret ingredients? Well, it’s rather simple. Jim Emig recommends that you should spice the ribs and chicken one day prior to cooking them. However, this does not apply to the pulled pork. The rubs should be standard, ensure that you use onion garlic, pepper, and paprika. Throw some sugar and salt into it, some cayenne pepper, black tea and oregano, and Bob’s your uncle! Frozen meat is a no-go zone, and you should never under any circumstances use frozen meat if you hope to make a great barbecue. Extremely cold temperatures weaken the meat’s cell walls causing all the tasty juices to seep out. When you make a barbecue using frozen meat, you will end up with a dry product. It’s simple physics, and that’s how they do it at Jim Dandy’s Family BBQ in Cincinnati. 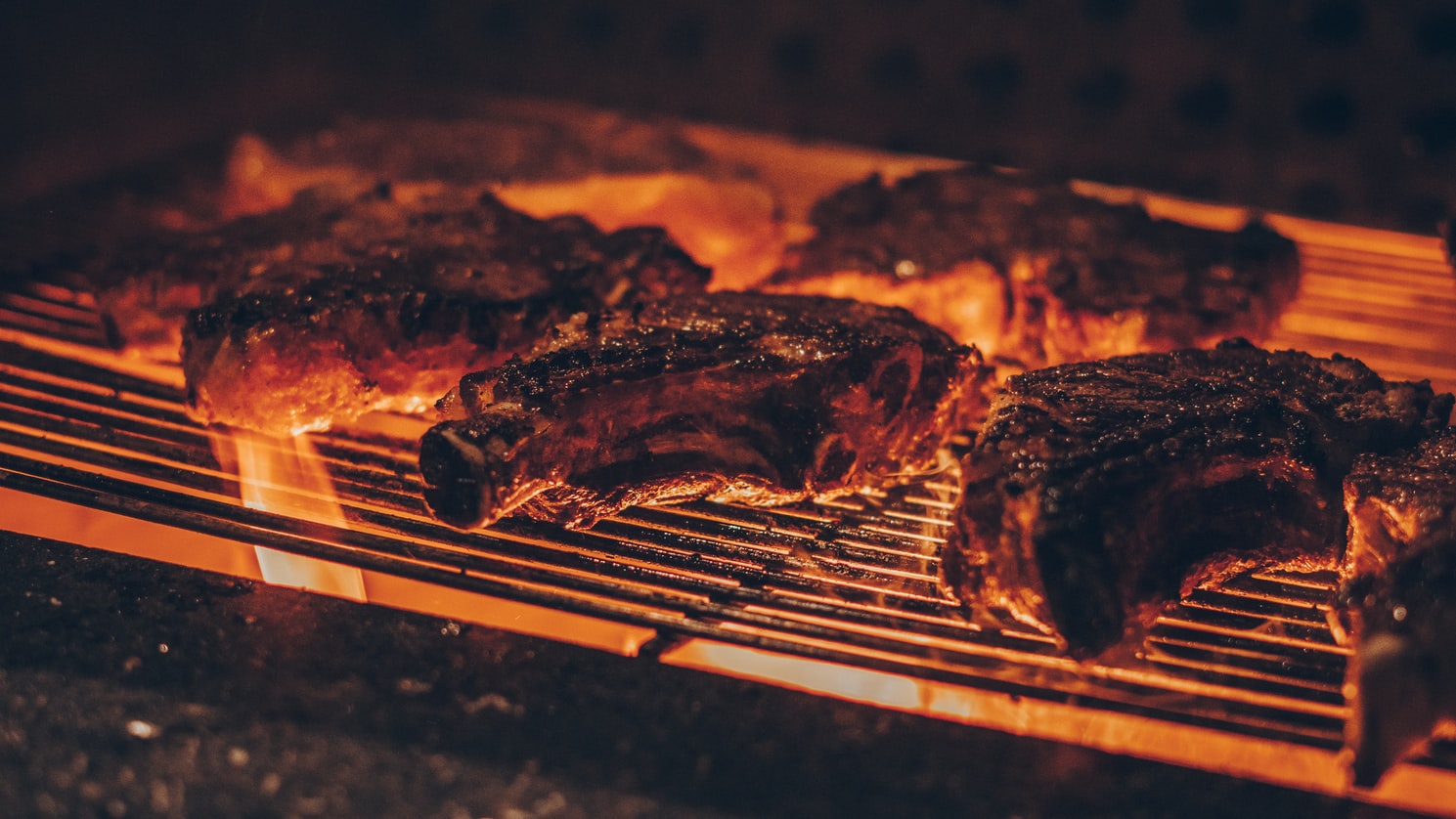 Minding Your Bs and Qs

Jim Dandy’s Family BBQ’s menu features a delicious selection of dishes, including chicken, juicy pulled pork, dry-rubbed ribs, and fresh-cut briskets. The barbecue is well prepared and sauced in order to bring out the best flavor. The macaroni and sauces offered at Jim Dandy’s Family BBQ are remarkable. The side dishes are also quite good. Cornbread and green beans are perhaps Jim Dandy’s most popular side dishes. The sweet cornbread goes quite well with the barbecue, and the baked beans are quite appealing to the tastebuds.

The Saratoga chips are also terrific, and could easily rival Grippo’s potato chips. In other words, there is nothing to dislike about the menu. Drinks are also available, and you can pair your meal with a drink from Jim Dandy’s Family BBQ’s full bar. Everything on Jim Dandy’s Family BBQ’s menu is reasonably priced, which is great because it’s a win-win experience. Many quality meals run below $15, and you will have nothing but smiles for finding such a bargain. The restaurant also offers a professional and efficient valet service, as well as a rack where you can park your bicycle while enjoying your barbeque. Other than the dining service, Jim Dandy’s Family BBQ also offers a takeout service, as well as a catering service for parties and graduations.

Conveniently located on Sharon Rd. in Cincinatti (next door to the collector Healthcare Revenue Recovery Group) Jim Dandy’s Family BBQ is a family favorite. Nothing beats a fresh meal, especially when it is served with a smile and a prayer from Jim Emig. It is not hard to imagine why what began as a hobby turned out to be a successful business. The delicious food and personal attention guests receive has ensured that the restaurant develops a loyal following from its customers.

Minding Your Bs and Qs

With over 30 years of experience in the pit, it is safe to say that Jim Emig knows a thing or two about making a great barbecue. His advice will help you mind your Bs and Qs. You may understand great BBQ, but you have little control over it. The wind direction, the humidity, the sun–all these factors influence the outcome you get in the pit. Admittedly, some barbecues are better than others. The best barbeque Jim Emig ever made since he was making barbecue on roadsides in the 1980s until opening Jim Dandy in 2001, was on one morning after heavy rain. The sun was shining brightly, but there was significant humidity in the air. This combination of events was very helpful since it prevented the barbeque from shrinking.… 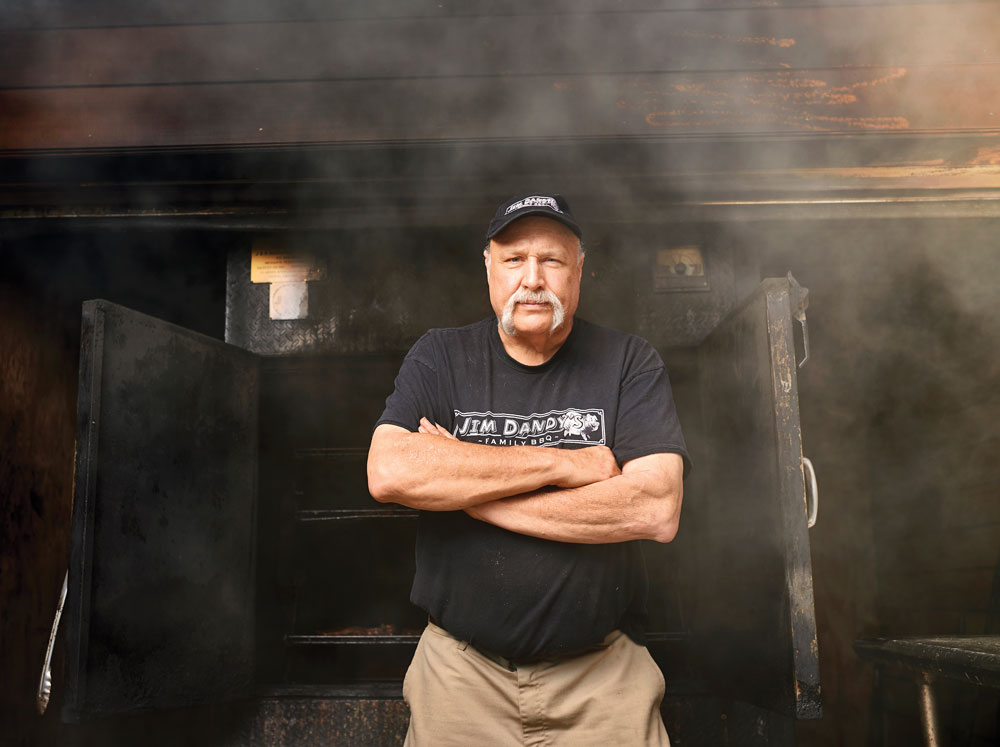 Jim Dandy’s Family BBQ – How Did It All Started

A Brief History of Jim Dandy’s Family BBQ in Cincinnati

In April 2001, Jimmy Emig started Jim Dandy’s Family BBQ with much prayer. The original location of the restaurant was in Schmidt’s Meats’ parking lot on Winton Rd, Finneytown. The goal of the establishment was to offer the best BBQ during Saturdays. In 2003, the restaurant relocated to a concession trailer located in Brentwood Plaza, Winton Rd, and started operating full time, which allowed them to increase their customer base. In the following season, Jim Dandy’s Family BBQ relocated to Sharonville, at the intersection of Sharon and Mosteller Roads. The business continued to grow, and two seasons later, Jim Dandy’s Family BBQ set up shop at 2343 East Sharon Road. All this was made possible by prayers, as well as the supporters, customers, and employees of the establishment.

So, what was the inspiration behind the slogan “spiced and smoked, not boiled and soaked”? One may ask. Well, it all dates back to the early days of Jim Dandy’s Family BBQ. When the restaurant was starting out, they used all sorts of pits and techniques. They tried all the techniques that might allow them to make a great barbecue and make it efficiently. Inevitably they discovered that firewood and fresh meat which had never been frozen made the juiciest, tastiest barbecue.

Jim Dandy’s Family BBQ has become quite a hit with Cincinnati residents for various reasons. The first is the convenient location that makes the restaurant easily accessible from Northern Kentucky and downtown Cincinnati. Many people fall in love with the joint and service the first time they walk in for a delicious barbecue. The hangout provides a family-friendly atmosphere and menu to ensure that all the little boys and girls have a great time dining at the restaurant. The setup is very unique and quickly makes you feel as if you are dining in the South. The meals are prepared using the low and slow technique every day with classic black Southern iron pits. The restaurant features an appealing outdoor setting where you can dine while enjoying the sunshine or stars. There’s a drive-through, as well as live blues on Saturday nights. A terrific barbecue experience awaits you when you make a trip to Jim Dandy’s Family BBQ.…